#MainePolitics: Alliance For The Common Good Is In The House 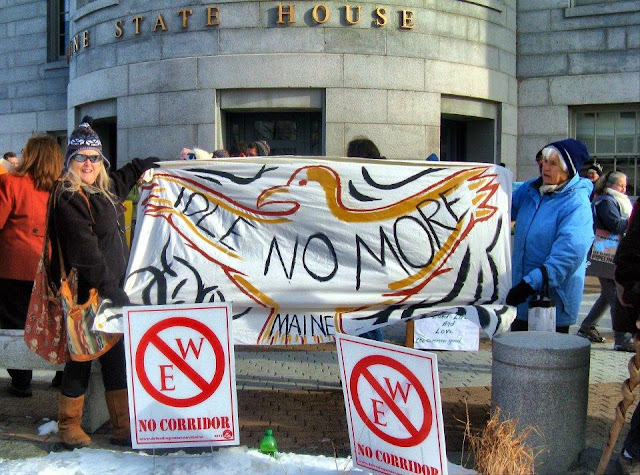 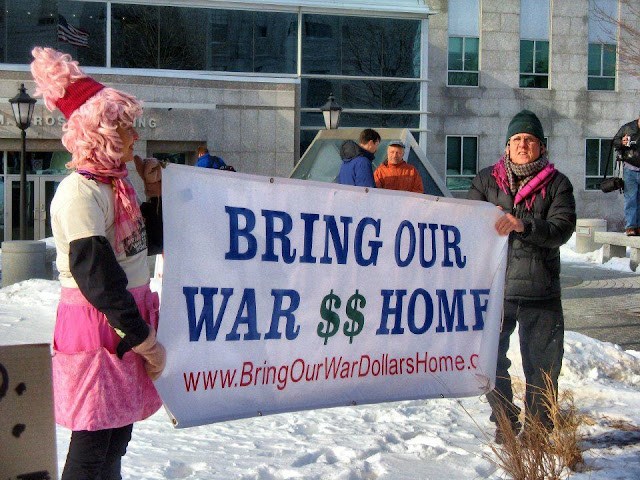 I always get a little thrill from being in action at the Maine State House because I feel deeply connected to my state and also to my family since my grandfather served in the legislature for years. I never knew him because he died of war-related injuries before I was born. My nephew and his family have gone with me in the past to  call on U.S. senators at their offices in Augusta delivering postcards protesting their continued votes for war -- and Jake told me he thinks about our common ancestor too each time he sees the golden dome of our state capitol. We are a history minded family.
I think some history was made yesterday when the newly formed Alliance for the Common Good met the incoming 126th Legislature. Led by indigenous people from Maine's four nations who sang in  Wabanaki a song that I believe translates to My people, oh my people, this Earth is for you. 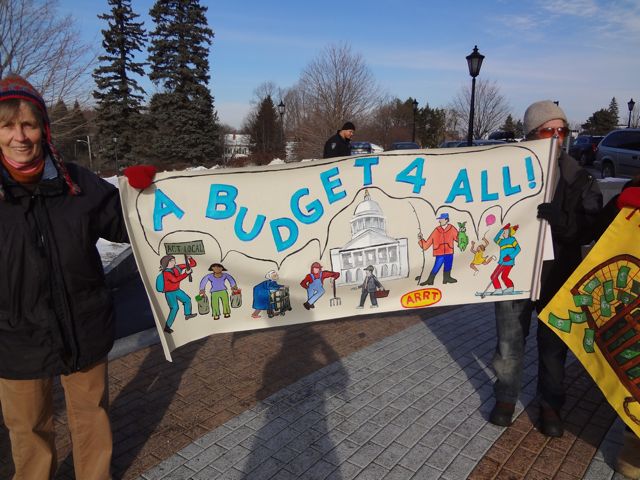 There were no other labor unions there. Yes, several were invited but they are too deep in the Democrats' pockets to be interested in a people's alliance for the common good. Too bad for them, and I'm sorry I pay dues to the Maine Education Association. Democrats helped pass No Child Left Behind, and I have not forgotten that they decline to stand with us any time we are lobbying for war dollars to be brought home and spent on schools. 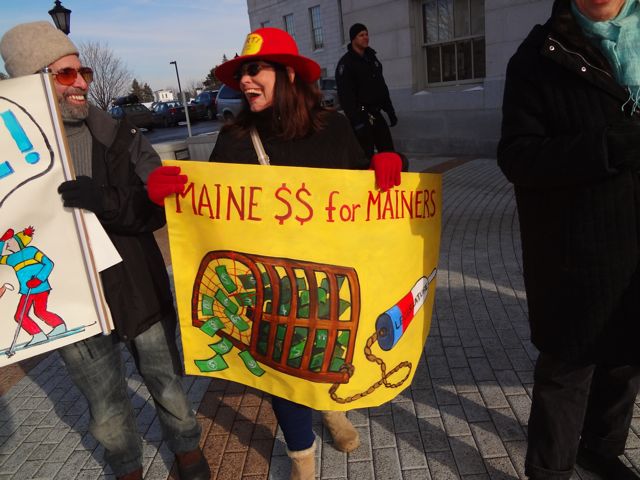 The governor's curtailment has already hit school districts hard, and the incoming legislature -- much more progressive than the last -- will now engage in a series of battles to override our governor's veto in order to save basic services and the natural resources in our state. I'm glad I took my personal day off from school to be there to let incoming legislators know what we expect of them. Mark saw our new rep, Dr. Ann Dorney, walk by while he was waiting to go through the metal detector. He called out, "Ann, don't sell out to the corporations. We have your back!" and she smiled and said she wouldn't. I have faith in her; she is a good woman and a mom and family doctor who cares deeply about a healthy environment. She lives right along the beautiful Kennebec River, just like my family does. 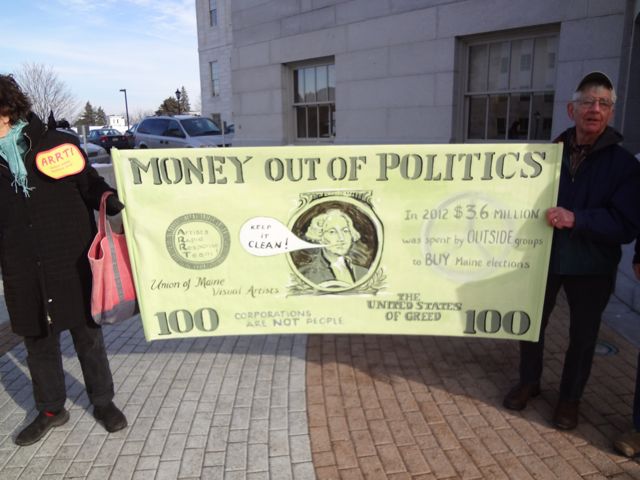 ARRT had produced several stunning banners for the occasion and something my husband and I are doing right in our life has resulted in being entrusted with a cache of art to be used at future protests, demonstrations and occupations. We are blessed to know all these good hearts, and I was honored to be in action with Wabanaki people. As Sharon Mitchell of the Penobscot Nation pointed out, protecting Native land rights and stewardship is an issue for everyone who hopes to see life on Earth continue. 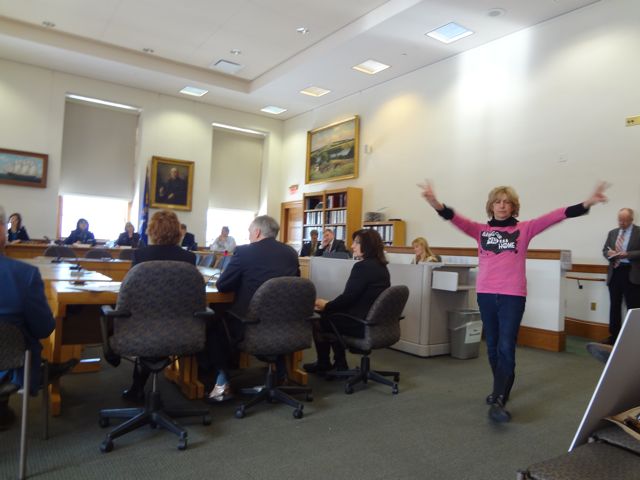 Ridgely Fuller of CODEPINK after delivering Alliance for the Common Good information packets to the Appropriations Committee January 8, 2013 Augusta, Maine.
Posted by Lisa Savage at 3:20 AM