If We Brought #WarDollarsHome, How Many College Educations Could We Buy? 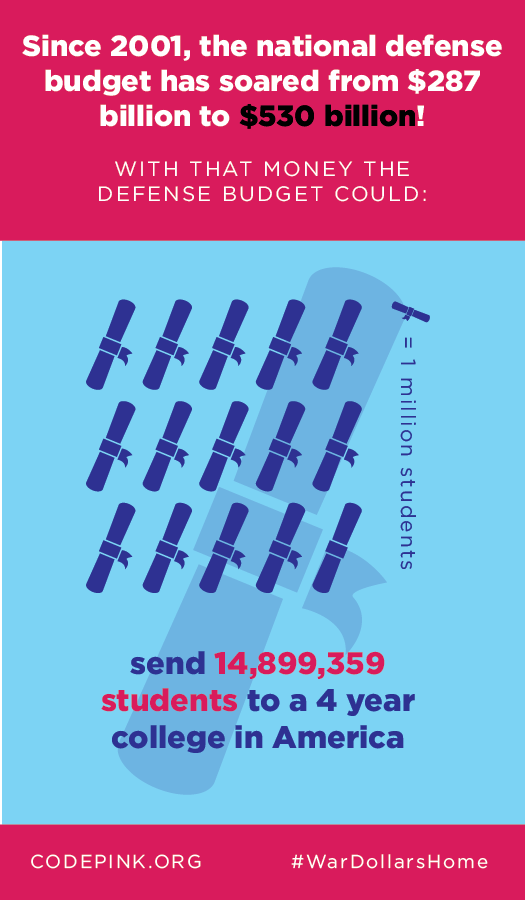 Thanks to Katie Falkenberg, CODEPINK Local Coordinator in Colorado, for this awesome infographic! Stay tuned for the whole series!

Posted by Lisa Savage at 3:15 AM No comments:

On GDAMS, do you know where your tax dollars (or pounds or yen, etc.) are?

Top ten reasons that the planet and its creatures would be better off without military spending:

#10 Pollution is causing climate havoc, and the Pentagon -- the biggest military spender in history, spending more than the next several nations combined -- has the biggest carbon footprint of any organization on Earth. 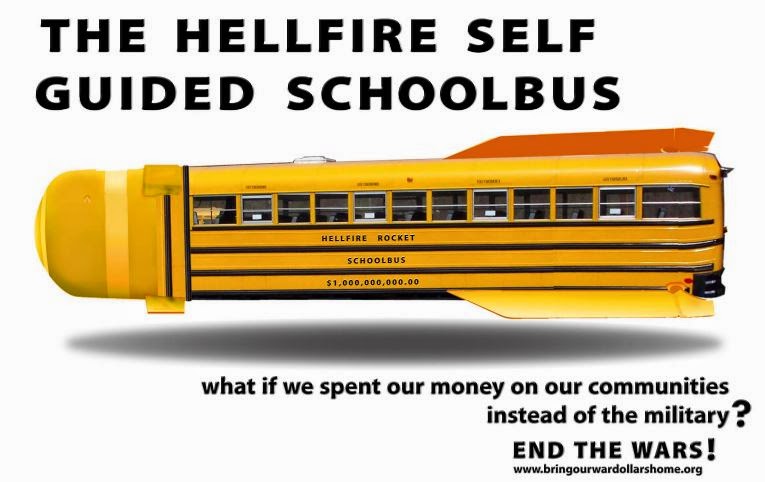 #7 Military spending is a lousy job generator. An investment of $1 billion into any other sector of the economy generates far more jobs than the same investment in building weapons of mass destruction.

#6 Military spending causes great moral harm to those responsible. Some never recover; suicide is now the leading cause of death among active duty military personnel.

#3 A good chunk of the Pentagon's military spending goes to NSA mass surveillance of everyone on the planet's private correspondence and calls.

#2 Military spending creates enemies faster than it removes them. (Some would say this is part of its genius, as a self-perpetuating wealth producing mechanism for "defense" contractors, who are already so wealthy they constitute the 0.01% income bracket.) Check out this video of people in Gaza and their view of U.S. military "aid" to Israel in the form of $3.1 billion per year to buy weapons.

#1  Military spending has brought down many an empire. Guess which one is next?

Posted by Lisa Savage at 3:32 AM No comments: