Why I Won't Be Voting For Bernie Sanders & Why W.E.B. DuBois Wouldn't Have, Either

A friend lent me the 150th anniversary edition of The Nation, a publication I can rarely bring myself to read because the self-congratulatory liberal tone sets my teeth on edge. My friend thought that as a student of history I'd be interested in the extensive collection of critical essays on substantive issues of days gone by, and she was right.

Here's a blockbuster, published when I was ten days old, by W.E.B. DuBois. The central thesis of "Why I Won't Vote" could have been written yesterday.


In 1956, I shall not go to the polls. I have not registered. I believe that democracy has so far disappeared in the United States that no "two evils" exist. There is but one evil party with two names, and it will be elected despite all I can do or say. There is no third party.

On the Presidential ballot in a few states (seventeen in 1952), a "Socialist" Party will appear. Few will hear its appeal because it will have almost no opportunity to take part in the campaign and explain its platform. If a voter organizes or advocates a real third-party movement, he may be accused of seeking to overthrow this government by "force and violence." Anything he advocates by way of significant reform will be called "Communist" and will of necessity be Communist in the sense that it must advocate such things as government ownership of the means of production; government in business; the limitation of private profit; social medicine, government housing and federal aid to education; the total abolition of race bias; and the welfare state.

It's not the first time I've read DuBois' essay but it's 2015 now and alleged socialist Sen. Bernie Sanders has thrown his hat into the ring for president. As a Democrat!

This seems to be the 21st century playbook for the party represented by the ass. Nominate someone who talked like a populist long enough to appear as a plausible candidate of the people. Once the candidate has gotten the Democratic nomination, remind him or her that everyone knows you can't win without $$$$$$$$$$$$$$ behind you. Make sure the candidate begins voting for the Pentagon's base budget and for its war slush fund (think Barack Obama and Mike Michaud here).

Also, the candidate should vote to send weapons to Israel at the U.S. taxpayers' expense. In that area, Bernie Sanders will really excel. As has, historically, The Nation.

The friend who lent me the anniversary issue also read "The Nation magazine's shameful history of aiding ethnic cleansing in Palestine" by Rania Khalek in Electronic Intifada. Here's one of many examples of historical pro-Zionist propaganda in The Nation:

After reading this sad compilation my friend commented that The Nation has endorsed Bernie Sanders for president, but that she can no longer support him. Perhaps this video I had shared earlier influenced her thinking about Bernie, too.

The truly cynical among you may suspect that Bernie has thrown his hat into the ring as a populist challenge to the incredibly well-funded Hillary Clinton campaign in order to split the liberal vote. Because in the Punch and Judy show of presidential politics, isn't it time for a Republican?

Maybe that strategy is top of mind because I live in Maine where we have a second term Tea Party governor who was elected both times due to an Independent and independently wealthy candidate who split the liberal vote. How many of those candidates were working the ALEC agenda? Which candidates for president will represent AIPAC and its deep-pocketed campaign donors? Time will tell but here's my prediction: no matter which party is in the White House or in control of Congress, massive "defense" budgets and "aid" to Israel will continue to roll on.
Posted by Lisa Savage at 6:02 AM No comments:

If you haven't weighed in on the Skowhegan Area High School mascot controversy, there is still time. Though the school board there barred taxpayers like me from speaking at the public hearing on the mascot on May 4, they did invite written testimony. They meet on May 7 to further consider the request for change.

Even the young man who started the petition to keep the mascot has had a change of heart: Organizer of efforts to keep Skowhegan Indians mascot changes mind.

Here is a handy copy and paste list of the email addresses of the school board and administration of the district:

Posted by Lisa Savage at 3:55 AM No comments: 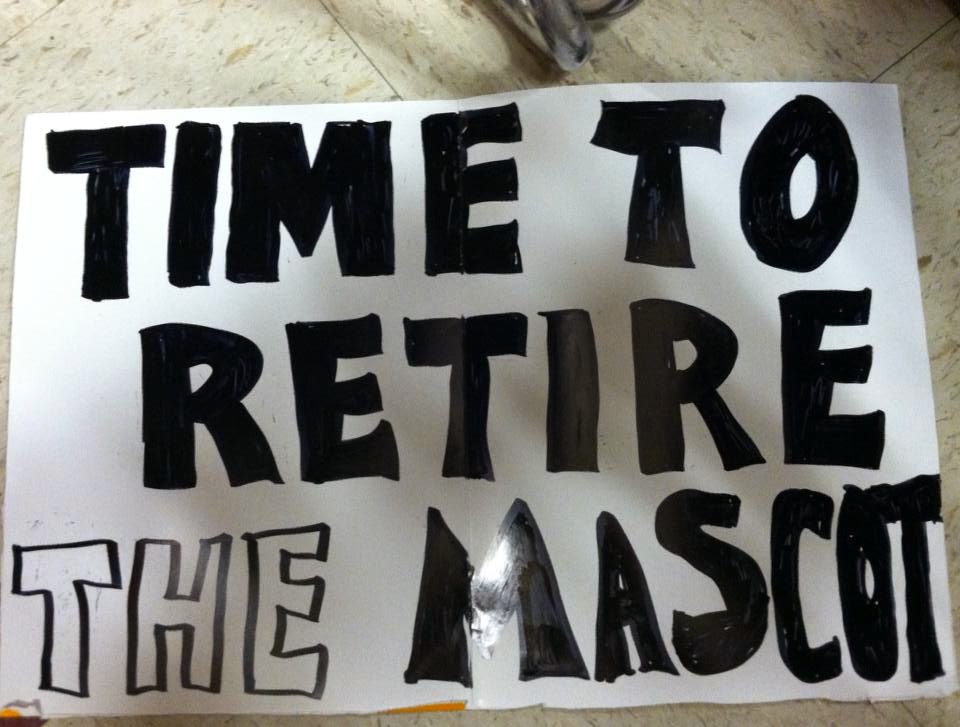 Only residents will be allowed to speak. Please reach out to your friends and family who can speak, even if you cannot.

When Skowhegan, Maine began using the Indian mascot, no harm was intended.

People who defend the mascot claim its intent is to "honor" the people of Maine's tribes. But representatives from all four tribes -- Penobscot, Passamaquoddy, Maliseet and Micmac -- have told the school board they do not feel honored.

In 2015, it is clear that the institutionalized racism inherent in using native people as team mascots harms us all. Maine's tribal leaders have repeatedly told the school board they are offended by the Indian mascot. Penboscot elder Barry Dana has stated, "Why should I need to explain why I am offended? Shouldn't the fact that I am offended be enough?"

Passamaquoddy elder Madonna Scotomah asked the Skowhegan school board last month why a team or its fans would want to imitate someone else's culture, or consider that imitation an honor?

The American Psychological Association has published research indicating that the use of American Indian mascots harms all children exposed to it, including those seeing their culture misrepresented. In 2005 the APA called on schools to retire the use of such mascots.

A Canadian First Nations man who was successful in getting a youth league football team to change its name from the the Nepean Redskins to the Nepean Eagles. put it this way:

"[racist team names] are the most in-your-face socially acceptable systemic oppression within our society and yet it's used by children's football teams.

It's not even a gateway drug for racism, it is racism."

You can read more about Ian Campeau's successful effort here. 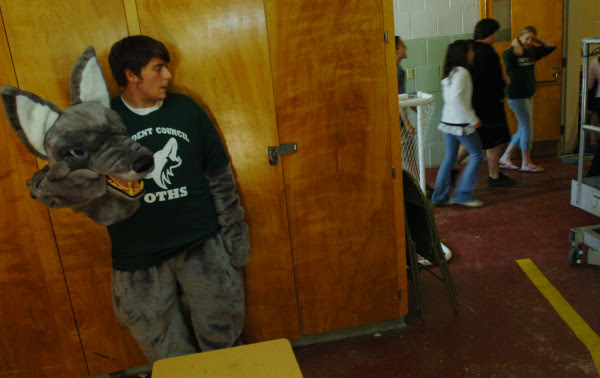 KEVIN BENNETT | BDN
Junior Scott LaFlamme hides from fellow Old Town High School students as they file into the gym before the introduction of the school’s new coyote mascot in April 2006. The school’s former mascot, an Indian, was replaced because it was deemed disrespectful to the Penobscot Indian Nation.
A high school age opponent of the change told reporters in Skowhegan last month that changing the team name would "erase history." As a history major and teacher, I beg to differ. History, in fact, is all about change. Some changes are bad for us while others are beneficial. Let's hope the Skowhegan School Board finds the courage to do the right thing.

When they do  retire the Indian mascot, Maine will become the first state in the U.S. with no racist high school team mascots. Dirigo!
Posted by Lisa Savage at 4:10 AM No comments: