We U.S. taxpayers now find ourselves in the fearful state of supporting both neo-Nazis in Ukraine and Zionist fascists in Israel.

At home, death is just a gun shot away.

Citizens brandishing weapons are permitted to roam our streets, sometimes threatening children made refugees by violence and poverty in Central America,
whilst bullies scream at low income women seeking health care services. Rapists are protected rather than prosecuted by authorities at our universities. Corporations who profit by raping Earth are given a free ride as their media outlets pump out lies packaged as news to confound the masses.

Hitler’s propagandist Leni Riefenstahl noted that her work succeeded due to the “submissive void” of the German people, “especially the intelligentsia.”

How did this become our way of life?

The U.S. as a nation founded on settlement, genocide and slavery will reap what it sows -- while the fear engendered by projecting hate onto our fellow human beings works to keep us ignorant.
This season of Israeli youth cheering the bombing of trapped civilians in Gaza while the world watches soccer matches that displaced tens of thousands of poor people in Brazil makes for a strange vacation. 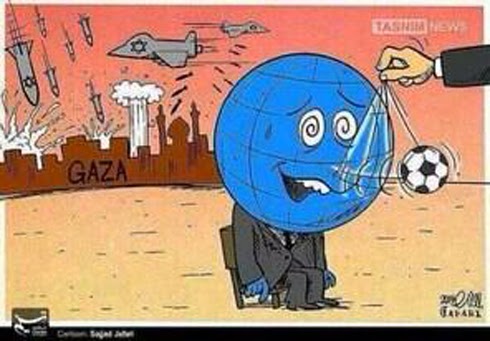 I've been in Australia as images of children torn apart by bombs I helped pay for scroll across the screen of my self-harvested news. People I've met in Oz are no more informed than my fellow Americans, relying as they do on corporations for cues on where to pay attention.
Or, in the case of the alternative types I usually find myself among, eschewing television or news of any sort for cultural pursuits that dull the sounds of screaming coming from next door.

An uneasy few noticed as Article 9 of Japan's constitution crumbled and the former imperial rapists of east Asia began to remilitarize at the behest of their best buddy the U.S.

A handful of Australians were shocked to hear their prime minister greet the visiting prime minister of Japan with the claim that "We admired the skill and the sense of honor that [Japanese imperial troops] brought to their task.” Some attribute Australia's support of U.S. 21st century foreign wars to the perception that the Yanks saved them from Japan's imperial war machine right on their very own shores, and Australians’ fear of their inability to defend themselves as European settlers far from home. European settlers who shot the aboriginal peoples of Australia on sight as "vermin" according to a few appalled observers.

My good friend Janet Weil recommended I read Hope Into Practice: Jewish women choosing justice despite our fears, a book by Penny Rosenwasser about the struggle to rise above fear as a defining force. When I see Janet soon we'll discuss Rosenwasser's finding that she and the other members of the Jewish diaspora were raised on the constant fear of their own violent death. I think this will shed some light on a question my own students  raised this year as we considered history and current events: how can Zionists as survivors of the Nazi Holocaust project so much violence and suffering onto Palestinians?

And I would add the questions, how can so many other Jews (not all by any means) remain silent about it? And how can the U.S. support this?

The same way they can support fascist militias slaughtering civilians in Kiev, dear children. Amid fear -- and fear-engendered ignorance -- for all.

Posted by Lisa Savage at 4:59 PM No comments:

With Corporations In Charge Of Your Health Care, What Did You Expect To Get? 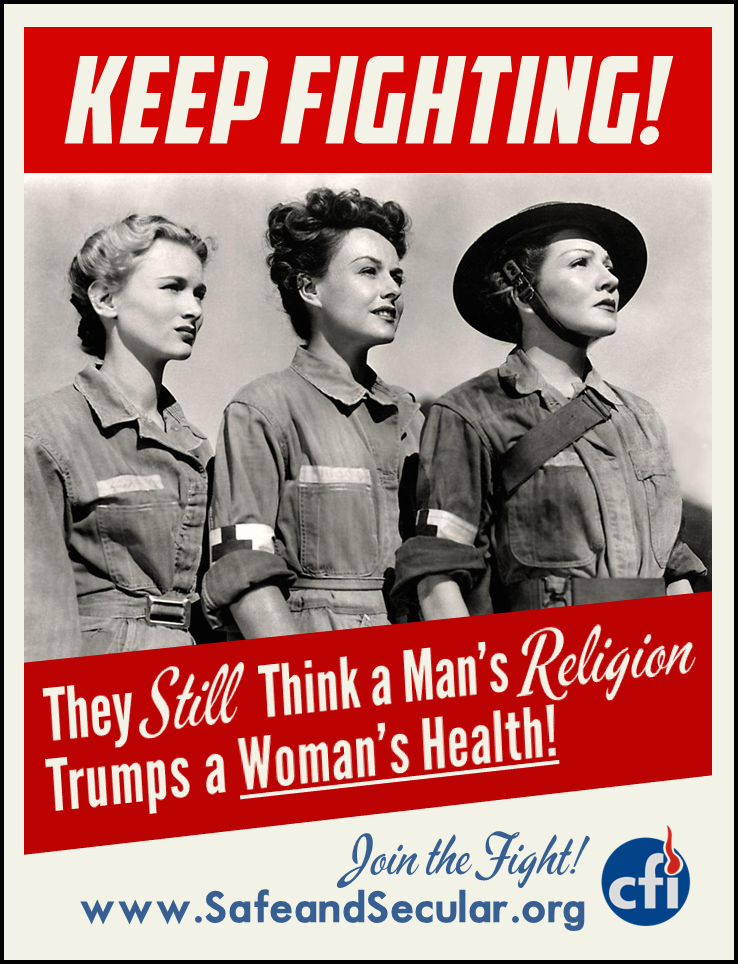 I would boycott Hobby Lobby, the corporation that won its Supreme Court case to be able to deny birth control health coverage to its female employees, but I've never shopped there in my life (guess what -- I never will). 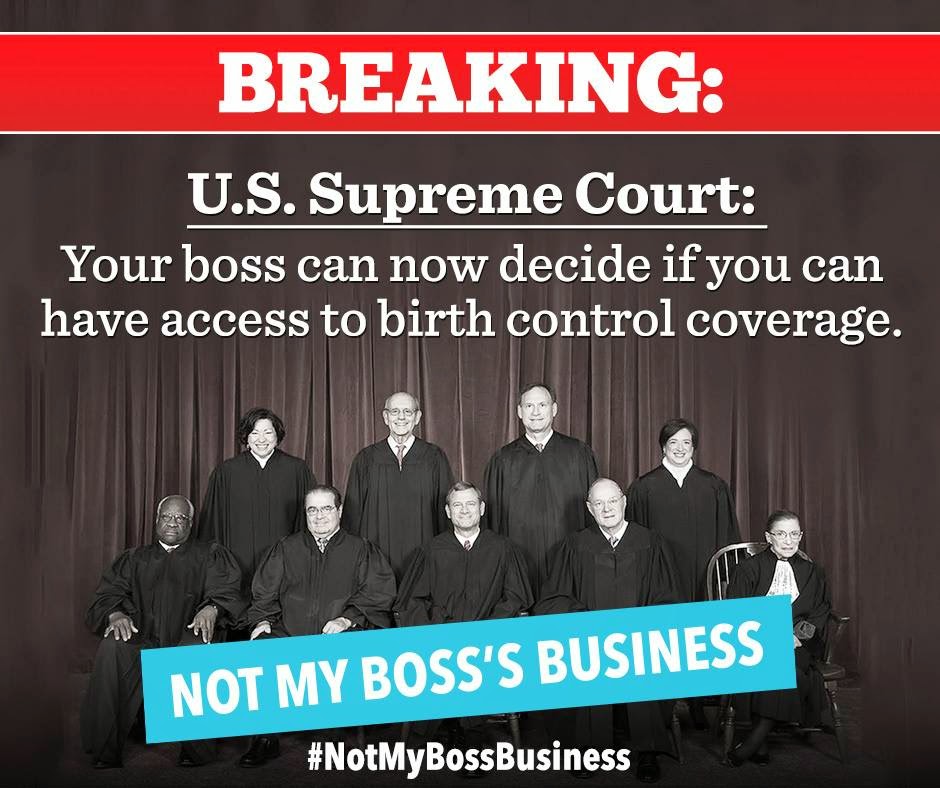 Ironically, it's a craft store chain with an enormous female customer base. Hobby Lobby could be the perfect test case for the power of non-cooperation because if every woman who shops there stopped, the chain would be forced to close in a matter of weeks, possibly days. 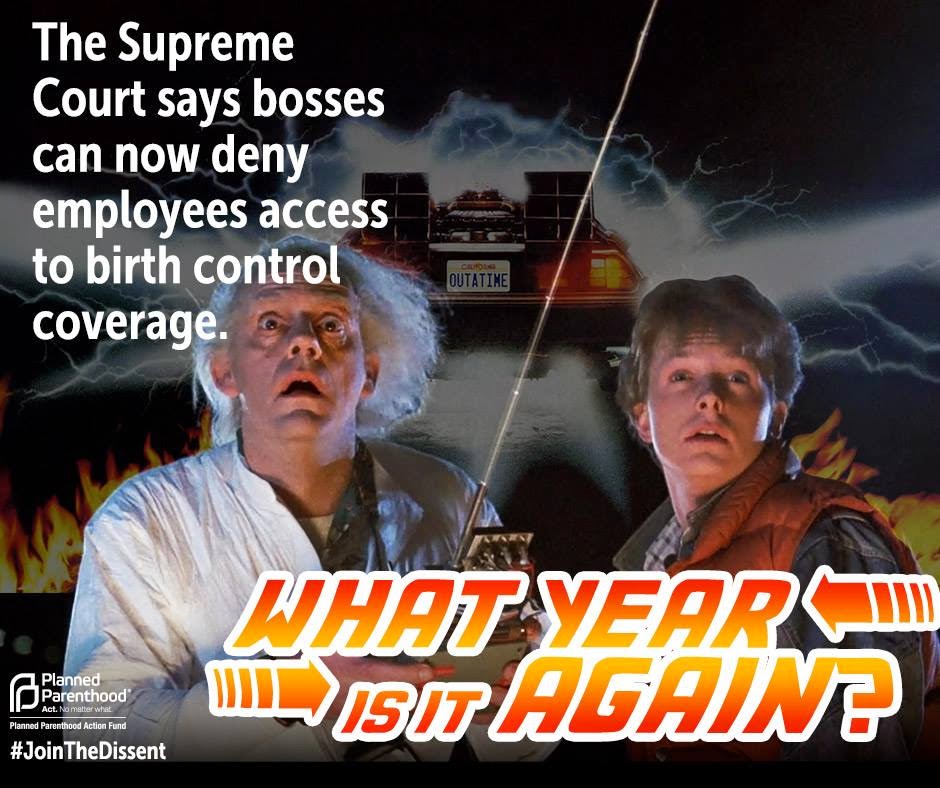 Many will see this landmark court case as evidence that electing liberals is super important because of whom they appoint to SCOTUS. In the puppet show that is U.S. electoral "democracy" the SCOTUS, POTUS and Congressional players are deployed to mimic balance of power while the super wealthy corporate interests behind them all continue to amass fortunes and squeeze the rest of us into our austerity boxes. 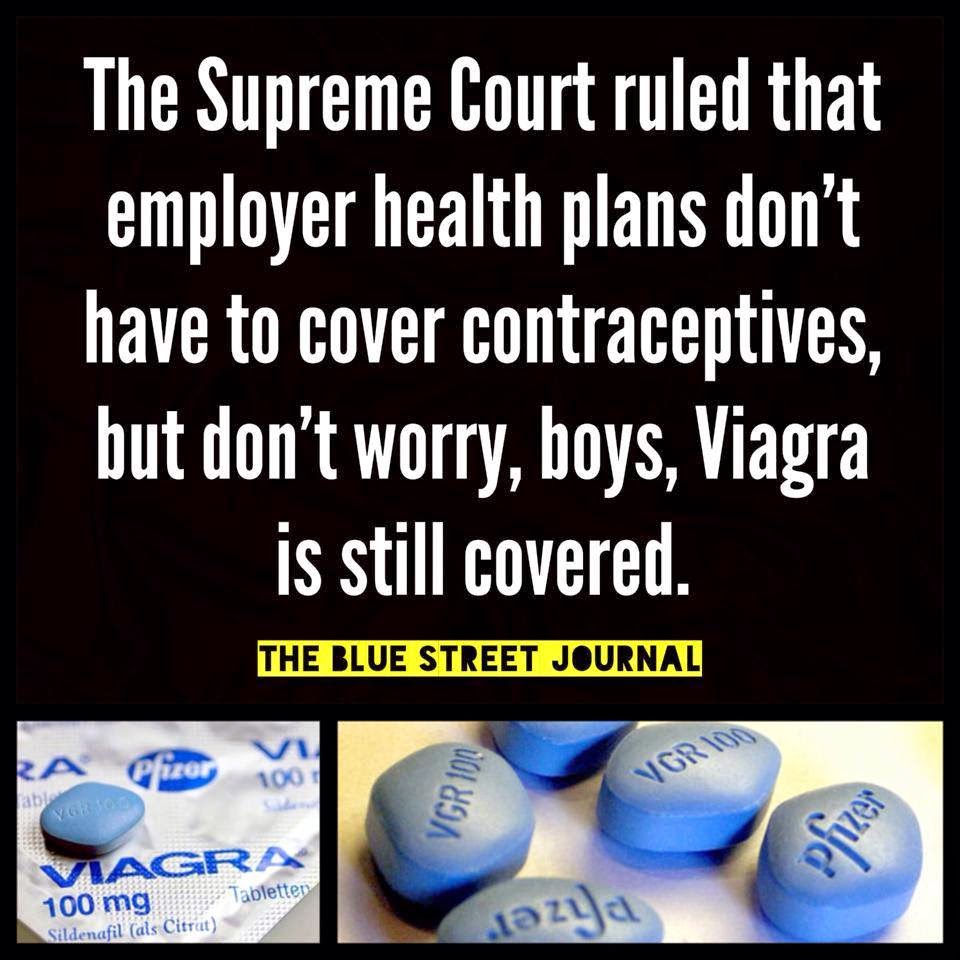 I see the Hobby Lobby debacle as prima facie evidence that corporate health care is the ultimate oxymoron, because corporations are about profit and health is about, well, health. Most every rich country on the planet figured this out decades ago.

Us? We got the "Affordable" Health Care Act to further enrich the nasty health insurance corporations that wrecked our system in the first place.


Dr. Margaret Flowers was one of eight sheros who stood up in the Senate hearings that kicked off crafting what conservatives vilify as "Obamacare" without allowing a voice at the table for the option most doctors and citizens wanted: single payer. After being dragged out of the hearing at the direction of its chair, corporate rent boy Sen. Max Baucus, Dr. Flowers went on to lead a movement for popular resistance to government of, by and for corporations.

Or, one could say, by rich men.


...of the five best-paid executives at each of the Standard & Poor’s 500 Index companies, 198 were women, or 8 percent of the total. (Bloomberg study)

In case you needed any more evidence that rule by patriarchs is not healthy for children and other living things, the U.S. maternal mortality rate has doubled in the past 25 years while the newborn mortality rate for babies born in the U.S. is higher than that of any other wealthy country.

For an explanation of why these basic health metrics continue declining, I suggest reading Birth Matters by midwife educator and pioneer Ina May Gaskin. It is one of the most thought-provoking public policy analysis books I've read in recent years. An excerpt:


We now find ourselves in a situation in the US and in many other parts of the world where women are increasingly being denied what is perhaps the most powerful and primal experience a woman can have: the right the give birth without the use of medical interventions unless these prove necessary. Women have been taught to believe that they must sacrifice themselves in important ways in order to have a baby -- that the greater good for the baby means that the mother must submit herself to greater risk, even if that means a C-section for which there is no medical reason.

Why, you may ask, would a woman have a C-section for no medical reason? For-profit health care strikes again: the price differential is about $20,000.

But Gaskin looks a lot deeper into why a system of "health" would systematically disempower half the people it serves.

And that's the most hopeful thing about the Hobby Lobby decision. It may just be the catalyst that sets off a mass movement of women in the U.S. unwilling to see their daughters and granddaughters crushed under the juggernaut of for-profit medical care and government. All the women in this country would need to do to claim their power and stand up to corporate government would be to stop supporting it. If all of us did this together, suddenly, the system would crumble.

Posted by Lisa Savage at 4:18 AM No comments: