10 Reasons The U.S. Should NOT Go To War In Ukraine 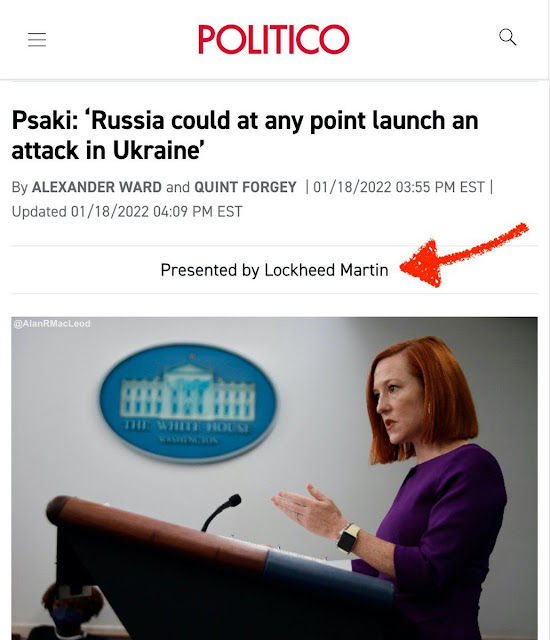 10. The U.S. does a piss poor job of caring for military veterans once they are injured, either physically, psychologically, or morally.
9. Ukraine is ruled by literal Nazis installed in a 2014 coup promoted by Joe Biden. They oppress Jewish people in Ukraine and bomb areas with majority Russian-speaking population. 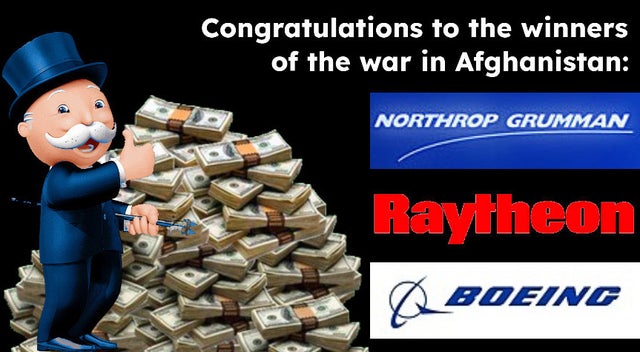 8. The only winners of U.S. wars are corporations who build weapons of mass destruction. The U.S. hasn't "won" a war since 1947.
7. Wars are expensive for taxpayers and the U.S. still does not have universal health care despite a pandemic that has killed 800,000+ people.
6. The same corporate press outlets that promoted lies leading to war on Iraq, Libya, and Syria are promoting the lie that Russia is about to invade Ukraine.
5. Russia has nuclear weapons which it has never used offensively but presumably would be willing to use defensively. A nuclear exchange is game over for humanity because modern weapons make the bombs the U.S. used on Japan look puny by comparison.
4. Millions of people, including children and veterans, are unhoused and camping on the streets of the U.S. during the coldest month of winter.
3. Millions of children in the U.S. live in chronic poverty that includes hunger and this permanently affects their health and future happiness.
2. Thousands of young people have already had their health and future prospects ruined by enlisting in U.S. wars for empire, and we don't need to create more victims.
1. Wars and the preparation for them drive climate chaos which is the biggest security threat facing humans collectively.
Posted by Lisa Savage at 6:13 AM No comments:

Once upon a time there was a neighborhood bully who loved to pick on smaller kids. He would knock them down, steal their lunch money, rub their faces in the snow, and then run away laughing. His gang would laugh loudly with him as they feared that he might turn on them if they did not support his cruelties. As he got older he began using his stolen wealth to buy weapons like knives and guns.

His weapons of first choice could be used from a distance to inflict pain without the chance of getting hurt himself: slingshots, cherry bombs, and pepper spray.

Sometimes the wind kicked up at the wrong moment and the pepper spray blew back in his face. The intended victim would then be blamed for the pepper spray "attack" and subjected to further punishment. And the bully began buying pepper gel instead. He was best friends with the businesses that sold knives, guns, and pepper gel. And they loved the bully because they made so much money off of him.

To keep him buying they would call him up with stories about how this person or that was becoming too strong and should be stopped before they became able to challenge the bully and win. This was effective because it was the thing that the bully secretly feared most of all. He would buy and buy and buy believing that he was strengthening his position at the top of the heap.

On report card day the bully received all D's and F's because instead of doing his homework he was always at the weapons store. He became enraged, because his second biggest fear was that people thought he was stupid. He was convinced that the kids who sat in the back on the school bus, the older kids, were laughing at him behind his back. He had seen sticky notes on his locker that said U R DUMB and YOU SMELL LIKE A FART and YOUR MOMMA HAS COVID. He wasn't sure who was writing the notes but he had two main suspects: one who used to be part of his posse but had since moved on, and one who was the head of the STEM club building a solar powered streetcar system for the town they lived in.

The bully liked to brag to his friends about threatening both of the sticky note suspects. He was always talking about what he was gonna do to them but he never actually did much because they were both strong, tall kids who might be able to defend themselves.

At the end of the semester both those kids had passed all their classes while the bully had failed all of his except P.E. This meant that he would not be promoted to the next grade and would have to stay back. Most of his friends went on to the next grade and weren't around much anymore. The ones who stayed with him were the meanest kids, the ones who had closets full of guns at home. They liked to talk about shooting up places and they would show up at gatherings like basketball games with loaded guns in their backpacks.

The bully started a rumor that his former friend was planning a mass shooting at the next basketball game. He claimed to have overheard the plans being made in the locker room where he was hiding in a stall cutting math class. Some of his friends believed him and they began preparing by stockpiling weapons in various places close to the basketball court.

They built each other's confidence by reminiscing about the time that they had kicked a smaller kid's ass,  a smaller kid with no weapons but with plenty of lunch money to steal.

But the attack never came.

So the bully got what he thought was a brilliant idea. One of his friends should shoot out the windows of the school in the middle of the night after spray painting his former friend's name on the front by the flagpole. Photos of the damage would go viral and everyone would blame the former friend. "Let's get this party started!" said the bully, his eyes gleeful with anticipation.

The same psychopaths who are withholding healthcare from 30 million Americans in a deadly pandemic are pushing us to the brink of war with another nuclear power. They don’t give a shit about human rights or decency or the future.

Are Russian media telling Russians that a third world war between nuclear-armed nations is "all but certain"? Or is this just something that western propagandists are telling westerners? https://t.co/9EhSL9jxFT

Posted by Lisa Savage at 3:09 AM No comments: