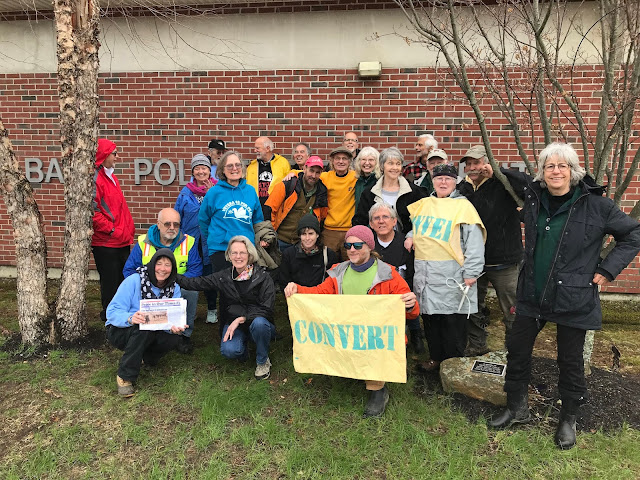 Most of us who were arrested at Bath Iron Works war ship "christening" 4/28/19, after our release from the Bath Police Department.

Jim Anderberg, who supported the protest as a photographer, posted this comment:


The last Zumwalt class destroyer was launched at Bath Iron Works today. 25 people were arrested in a protest. A $7.5 billion boondoggle.

Think what that money could be used for to alleviate our use of fossil fuels and address the global warming crisis.

We were grateful to be joined by several Veterans for Peace who traveled to Maine for the protest: Ellen Barfield, Baltimore, Maryland; Don Cunning, Old Bridge, NJ; Julius Orkin, Bergenfield, NJ; and Roy Pingel, Queens, NY. 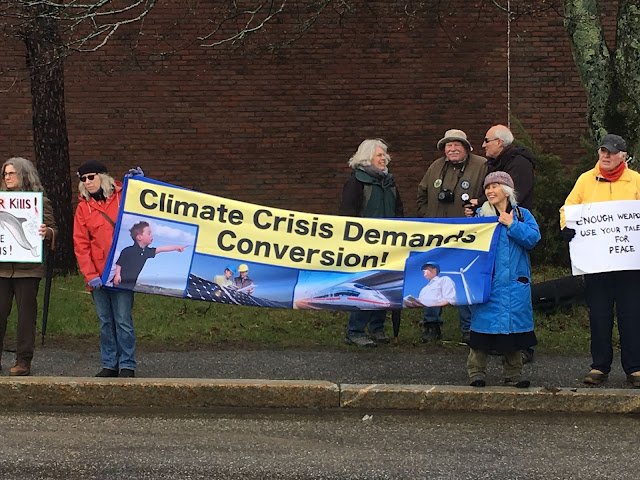 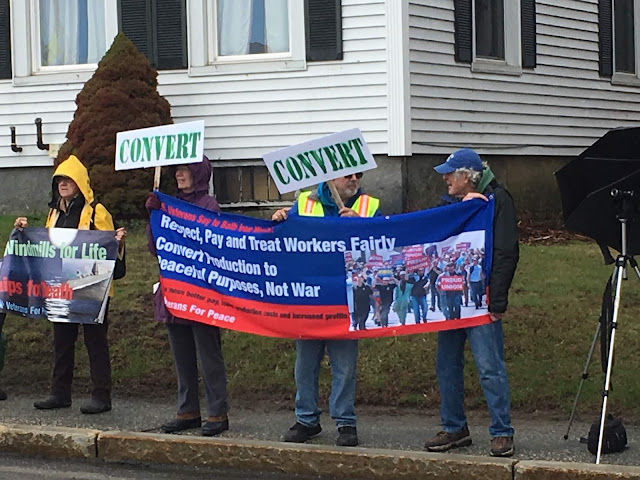 Other supporters of the protest: Peter Baldwin of Waldo County Peace & Justice who brought his drum; VFP members Ellen Davidson and Tarak Kauff, who designed and produced the banners pictured above; VFP's John Morris and Ian Collins, logistical and jail support; song leader Rosie Paul of Peaceworks; BIW stalwarts Maureen and George Oestensen of Smilin' Trees Disarmament Farm and Akemi Wray of Citizens Opposing Active Sonar Threats (COAST); photographers Peter Robbins, Roger Leisner, Regis Tremblay, and Richard Kane (who was on hand filming for a documentary on portraitist Rob Shetterly of Americans Who Tell The Truth) and a sound technician with Kane whose name I didn't catch before I was arrested.

It would be impossible for me to name all of the 75 or so folks who turned out yesterday, but I love you all! 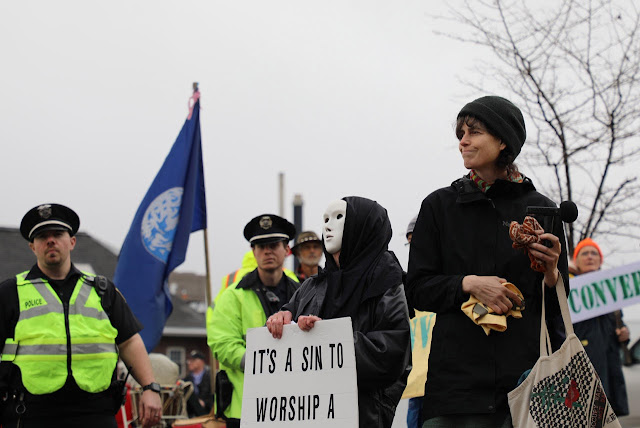 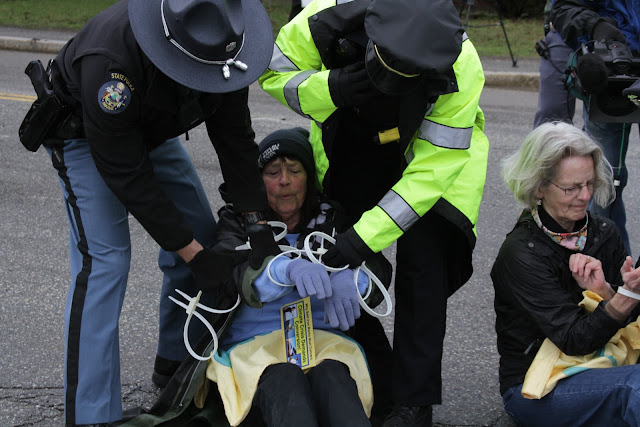 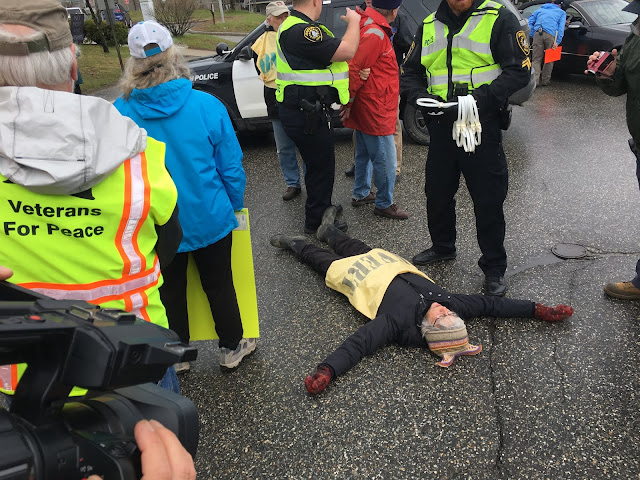 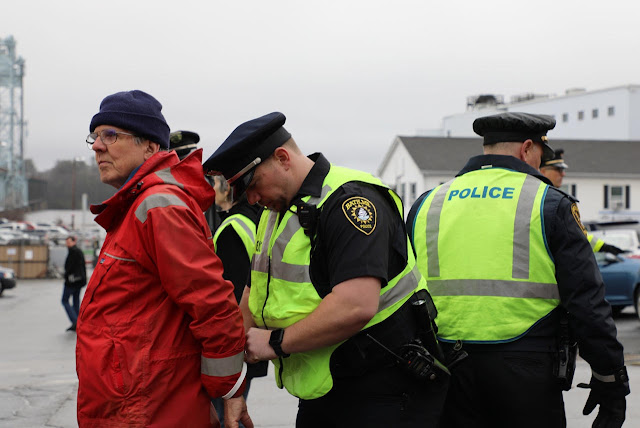 Suzanne Hedrick, the eldest of those arrested, was featured in this great video by Peaceworks.


(If you're unable to view the embedded video, you can see it here on YouTube.)

I departed suddenly from my role as MC at the rally where speakers noted the urgency of the need for conversion as the Pentagon and General Dynamics/Bath Iron Works barrel full speed ahead toward the cliff of climate catastrophe. I look forward to videos sharing both the first half of the rally and the second half, which I missed after moving into Washington Street to help halt traffic. 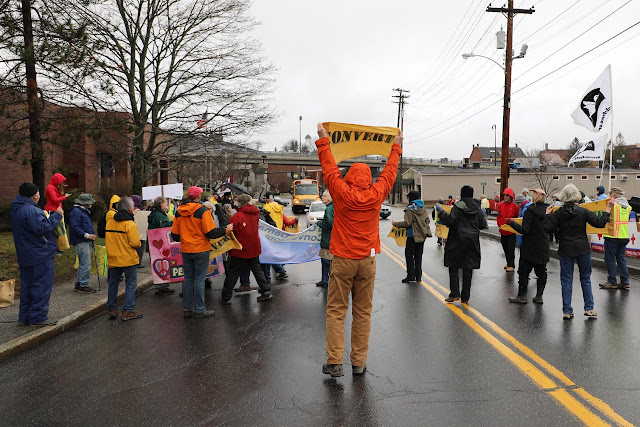 The LBJ 25 were charged with obstructing a public way and ordered to appear in court on June 18 at 1pm in West Bath.

If you're in the area, we hope to see you there!
Posted by Lisa Savage at 3:44 AM

There were a couple of us there from the UU church of Ellsworth. The young man who was assisting Richard Kane was Alex Turanski.

Thank you and everyone who raised their voices yesterday.